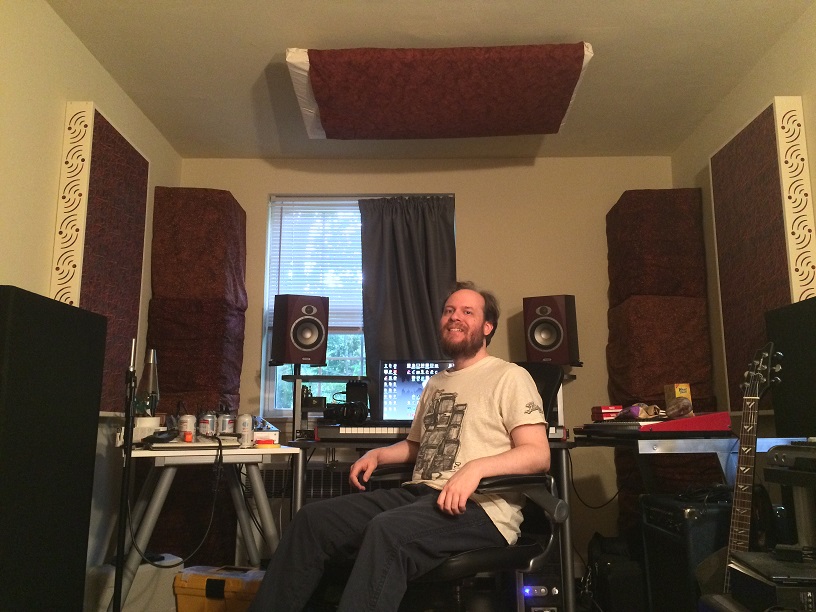 Some background info about myself. I started piano lessons as a child, as many children do. When I hit junior high, I proceeded to learn trumpet in the school band. I continued through high school and a little bit in college. Though I did play piano a bit on and off. These days, more on.

I started working with computer-based music and midi back in the late 90's when I got my first midi-capable keyboard; a Yamaha PSR-520 portable keyboard. I was using Cakewalk Home-Studio 8, and later, version 9. I got my head around the concepts of what midi actually does, and how it works as well as its limitations. I was primarily using the software for writing sheet music at the time, however I did use automation for dynamics in the music for crescendos, pitch, etc. I was also using modplug tracker to change some of my midi-based music into mp3 format at the time using various samples.

Around 2001, I started getting into working more with soundfonts/samples and Fruityloops 3.4(before it became FL Studio) I'm a little late to the VST/i game, having started getting into plug-ins around late 2003. Through the following years, I focused on building up my gear, learning more about music production, and practicing different techniques and concepts to produce my own tracks. I've been mixing my own works for the last eight years as well as critiquing other folks mixes. I also did a number of live recordings a couple summers when I lived in Iowa. I'm always getting better the more I work with various techniques. Even today, I'm still learning new tricks, but any profession is a continual learning process.

I work with a varied repertoire, including classical, celtic, electronica/techno/etc., rock, soundtrack, even blues and the occasional jazz. I have also worked as an asset for a friend's team who was finishing up a college senior project in game design. I'm always willing to help other musicians out and critique their mixes, based on what I hear, and what I've learned and/or experienced myself.

I can also be found around the odd recording forum here and there. I try to keep involved helping other folks in situations similar to my own, answering questions, giving opinions and critiques, and any number of other helpful things. Forums often have folks ranging from the newcomers, to home studio musicians, to professionals working in the industry. I have also participated in a couple music collaborations with other forum musicians.

From 2011 to 2014, I've been involved with recording the live shows of a few different bands in Iowa around Iowa City and Cedar Rapids. Some names include Robbie Young and the Moonlighters, Jay Dean and Storm Brewing (now Blue Scratch), Black Diamond, Plaguewitch, and Joseph Navarro. More recently, I recorded a live "unplugged" performance of Jamai Mosely here in Philly.

As of August 2014, I've moved to Wynnewood/Philadelphia. I provide live recording and mixing services to musicians around the Main Line area.

The goal of my service is to offer musicians, students, bands, and others a chance to have their work recorded for a modest fee. Whether it is in their home studios, live at their gigs, rehearsal spaces, garage, or whatever is available, I will travel to their location to record in a place that is familiar and comfortable to the musician. My intent is to keep things fun, educational, and no pressure, no stress. More details about that can be found on the pages in this website.

I've also recently started performing with a local musicians as a keyboardist. Currently I play with a cover jam band in Bala, and with an original band as well.